It is not by accident that one of the first thoughts associated with reporters is a flash light. The trio: human, camera, flash has always been an inseparable element of every event that required capturing.
Technology, however, introduced new possibilities. ISO at the level of 3200, 6400 ceased to surprise anyone. Also, photographers working in motorsport began to use this fact, it is much easier to have only a camera with you and work with the available light, if necessary, draw the shadows. It's just that, often these photos don't have that "something".

That is why we are returning to artificial light more and more often in motorsport. The flash, above all, apart from the possibility of reducing the ISO, which is always tantamount to increasing the quality, introduces additional plastic, different mapping of bodies.

I invite you to a series of three articles on the use of flash in motorsport. They will concern:
- Choosing a specific hardware solution.
- Photography in relatively dark areas.
- Photography against the sun.

So we start from the beginning. What to choose? Why? What to pay attention to? I do not want to give ready-made recipes, because everyone has their point of view, but I will describe a little why I made my choice.

What was important to me

Purpose: on-camera or external lamp?
Personally, I prefer external lamps. They give much more flexibility in working with light, in extreme cases they can of course be positioned near the camera. However, this solution also has its drawbacks. You need lamps on something to set up, so usually a tripod comes with it. One cannot forget about radio triggers, which are crucial for working with remote lamps. In terms of the amount of necessary equipment, do a lot.

Power Supply
Only dedicated batteries! No AA batteries, that's out of the question for lamps, but it's ok for triggers because they don't use a lot of power. However, the lamps themselves, which must flash in a fairly repeatable way, have a fast charging time is a completely different story. The battery must be capacious.
As an anecdote, I will mention one of my journeys when I only had AA battery lamps so I had a lot of them. 3 sets for each lamp, plus triggers, etc. There were 50 of them. I had to negotiate at the airport for a long time so that they would not be disposed of (the airline regulations state not only about the capacity, but also the quantity).

Construction
Who has not been to the rally, does not know 🙂 We work in extreme conditions. Rain, snow, dust, sand. In addition, the action taking place quite dynamically. My experience has convinced me that the lamps should have as few moving parts as possible. Strength in simplicity.

Price
Yes! It matters. I do not necessarily want to pay as much for the lamp as for the body.

Automation
TTL is completely unnecessary. I don't think I've ever used it before.

These parameters narrowed the choice down. The choice was Godox AD200 PRO TTL (Quadralite Reporter 200 PRO TTL on polish market). You will probably ask that something is wrong here. First of all, it has TTL, a fact, and it's the only feature I paid for that I didn't want. Second, as the name suggests, it is 200Ws, and as I mentioned, I need around 350Ws. And here hundreds of hours spent on rally routes worked. Instead of one large 400Ws lamp, two 200Ws reporters will work better.

The disadvantages are negligible. Weight and two batteries for operation. Benefits? There are a lot of them. A set of two lamps can be directed quite widely, illuminating a large area. If you need a strong light in one direction, two lamps will do. If we have a long day, we can flash two lamps at quite low power in the same direction, thanks to which we significantly reduce the recharging time and extend the battery life.

Of course, everyone has their own "patents", in motorsport you have to take into account extreme conditions, so I always try to protect new equipment. The tape on the outside is perfect for this. It protects the equipment a little from moisture and minor impacts.
On the other hand, in bright sunlight, stickers with the channel and group number are perfect. You can always see them, and when there is no time to think, easy identification of which lamp is which can be invaluable.

Yes, I admit. The way the transmitters work together with the lamps is just perfect. No problems whatsoever, there has never been a case where something went wrong. And my configuration is two bodies, so also two transmitters, often set differently, because one body needs a different light than the other. And in this case it is as it should be. It just works.

Am i satisfied?
Definitely yes. I have what I wanted, everything works, I don't have to wonder what and how. The only thing I miss is the use of the built-in USB charging port. It would save some space in your luggage, but maybe this is an option that will appear in the next versions of this lamp.

In the next text, I will go to practice. So I will describe a bit the use of Godox AD200 PRO TTL (Quadralite Reporter 200 TTL PRO) flashes in an environment that is not very bright. 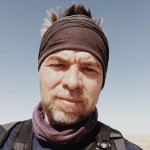 Booking
It'll be a pleasure for us to work with you. Feel free to send us booking enquiry and we'll get back to you shortly with our proposal.
Our Instagram
🇬🇧 HELLAS Adventure/Rally Raid soon! Time is

The @rallysweden starts tomorrow. Let's go back a

Two weeks ago we had a great time at @arcticlaplan

@arcticlaplandrally 2022 in the books. We already